Aw, Willow. I just want to hug you. Riley tries to insist that The Initiative could have found out everything about that guy in a few hours. We jump from boring Biley times to Anya making Xander terribly uncomfortable by reminiscing about her days with Dracula. Lor: This wolf is not Oz in a terrible suit so I already hate this wolf. Sweeney: They part ways and Xander encounters Dracula again, who mind controls Xander into agreeing to be his eyes and ears in darkness.

Although Riley told Buffy he was going home, he instead goes to Spike to ask him questions. While trusting Spike is a generally dubious move, that was actually pretty smart. He continues with the mind-control, which makes Buffy very giggly and stupid and makes me hate this scene.

Eventually he bites her. K: YUP. As much as I love this show, consistency is really not its strong suit. The next morning, Buffy wakes up and, sure enough, she has new bite marks, confirming that this was not just a dream sequence. She puts on a ridiculous scarf to hide it.

Xander keeps chiming in awkwardly defensive of Dracula, and growing ever-more twitchy as he tries to play it off. Take it back. 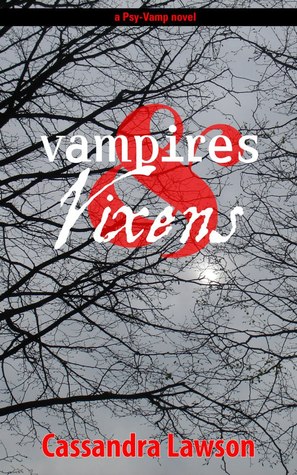 Which is as close as I can get to saying that I am, in fact, supporting Riley in this episode. What with the actual paying attention and all. L: YEP.

He pulls the scarf off of her as the gang follows them outside, so that everyone can see her bite mark. Buffy sits down, embarrassed and Xander chimes in that she probably kept it a secret because it was totes NBD. Lor: I added a yep and then immediately remembered how he told B she threw like a girl earlier, which EW. Since nobody has been watching Xander twitch and eat bugs, they all sign off on her going to his place instead, while Giles and Riley go in search of Dracula. Tara and Willow just glance at each other to give the audience a chance to giggle. Oh, Joyce. This Dracula plot can sure keep pissing me off, though!

You cool with that? Buffy stands up and asks Xander to take her there. Upstairs, Giles and Riley are entering the house as a woman with yellow eyes is watching them from the shadows. Lor: They try to make a meta-joke about there suddenly being a giant castle in Sunnydale. You guys, I hate this. I really, really hate this.

Dracula moves to the more compelling info that he knows lots of stuff about her powers and where they come from, and how much she wants to know that. K: Oh my God. Riley knocks him out easily.

Elsewhere, Giles opens a door and falls into a trap of some sort. Down in the basement, Dracula is convincing Buffy that she should just drink a little of his blood. She gets a series of flashes from both Restless and her slaying in this episode, before she comes to and punches Dracula backwards.

She gets her Buffy snark on K: YAY and tells him that this resistance thing is her true nature coming out. Make it end.

She eventually grabs one of the millionty flame torches he has down in this basement. Riley and Giles come running in, followed shortly by Xander, looking to kill the guy who turned him into a bug-eating man-bitch. But too late. Buffy has something to say too, though, and she goes first.

But no: the Dracula situation made her realize that this needs to change, especially since things have been different since the First Slayer spell. Dracula totally understood her power and saw darkness in it. She wants to know more about Slayer history and, in short, she needs a Watcher again.

She goes into her room to find Harriet the Spy in there. Lor: Oh dear God. That was our introduction to Dawn? It took things that Restless set up in really clever ways and reminded the viewer because obviously on original air there was months, rather than a week, between these episodes in a really clunky way. Lor: Agreed.

I will point out that some of the fighting that B does in this episode is fantastic. She had a cart-wheel staking and some sort of wrestling-legs-around-the-neck take down that I thought were awesome. It really fell in tune with the idea that B is getting in tune with her ass-kicking. But I like this episode. Because that would be awesome. Sweeney: I get the making fun of Dracula. I just have a hard time when the camp is so intertwined with rapey vibes much as many of our readers pointed out that playing a suicide attempt for laughs in Something Blue made them squirm.

Nicole Sweeney all posts Nicole is the co-captain of Snark Squad and these days she spends most of her time editing podcasts. She spends too much time on Twitter and very occasionally vlogs and blogs. In her day job she's a producer, editor, director, and sometimes host of educational YouTube channels. She loves travel, maps, panda gifs, and semicolons.

Writing biographies stresses her out; she crowd sourced this one years ago and has been using a version of it ever since. She would like to thank Twitter for their help. Marines all posts I'm a something south Floridan who loves the beach but cannot swim. Such is my life, full of small contradictions and little trivialities.

My main life goals are never to take life too seriously, but to do everything I attempt seriously well. After that, my life goals devolve into things like not wearing pants and eating all of the Zebra Cakes in the world.